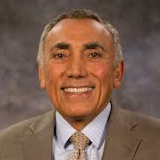 Dr Ghadar is the William A. Schreyer Professor of Global Management, Policies and Planning, the Founding Director of Center for Global Business Studies at Penn State, and a Senior Advisor and Distinguished Scholar at The Center for Strategic and International Studies. He is a leading authority on future business trends, global economic assessment, petroleum industry, immigration, international finance and banking, and global corporate strategy and implementation. Earlier in his career he served as an investment banker at the International Finance Corporation (World Bank), President of the Export Promotion Center of Iran, a Vice Ministerial position in the Shah of Iran’s government, as well as research coordinator of the Harvard Multinational Enterprise Project. He serves as a consultant to a score of major corporations, governments, and government agencies and regularly conducts programs for executives of major multinational corporations here and abroad. His past clients include Accenture, Aramco, AT&T, BASF, CalPERS, Chevron, Cisco, CEMEX, Dow, Ericsson, GE, UBS, the U.S. Department of the Treasury, and the World Bank among many others. He also teaches in the executive education programs at Dartmouth, Duke, Carnegie Mellon, and Harvard Business School. He is the recipient of the 2004, 2005 and 2006 Weyerhaeuser Educator of the Year Award, CIO Magazine’s Global Leaders Award, and BusinessWeek named him one of the top 10 Stars of Finance. He was named as one of the top 10 thought leaders and practitioners of strategy coaching in the book "Profiles in Coaching: The 2005 Art and Practice of Leadership Coaching: 50 Top Executive Coaches Reveal Their Secrets Dr. Fariborz Ghadar is the author of fifteen books on global economic topics, including the release of Global Tectonics: What Every Business Needs to Know, Financing Growth in Developing Economies and New Information Technology and Its Impact on Global Business Management, as well as numerous articles. In February 2014, his book on immigration titled Becoming American: Why Immigration is Good for Our Nation’s Future — a culmination of two years of in-depth research and interviews — will be published. He is also currently actively at work updating Global Tectonics to more accurately reflect the current and future global business environment. Dr. Ghadar is frequently quoted in such internationally circulated publication, most recently in the July/August 2012 issue of the Harvard Business Review, and in others, such as the Wall Street Journal, Financial Times, The Washington Post, USA Today, and the Christian Science Monitor. He has been a featured speaker and interviewee on the major television networks as well as the business broadcasts of CNN, CNBC, and Nightly Business Report. And he has testified before the U.S. House Subcommittee on the Middle East, South Asia as well as the oil industry. He received his BA and MS in Mechanical Engineering from MIT and his MBA and Doctorate from the Harvard Business School.